Join performer, actress and choreographer Jade Hackett as she shines a spotlight on five artists who have and continue to make significant contributions to the dance world today: Ash Mukherjee, Kev ‘Renegade’ Gopie, Liza Vallance, Phillip Chbeeb and Shelley Maxwell. This series of intimate in-conversations brings together artists to discuss their work and their path in contemporary creative practice.

Over the next few months, we will be specially releasing episodes from Choreographer’s Cut and Give Them Their Flowers, available for everyone to watch. These series were presented as part of the Dance Umbrella 2021 festival programme, which also included Dimitris Papaioannou’s NOWHERE as well as original dance films from SAY and Jade Hackett commissioned and produced by DU.

First episode of Give Them Their Flowers coming Thursday 27 January 2022.

Jade Hackett is a performer, actress and choreographer.

Acclaimed by Dance Europe magazine as one of the finest Indian classical dancers of his generation, Ash was handpicked by the This Is It! team to dance a duet with Michael Jackson at London’s O2 Arena in 2009.

He then went on to appear in BBC 3’s Move Like Michael Jackson and worked with choreographer Lavelle Smith Junior (choreographer Dangerous Album World Tour) to create a dance solo which married Indian classical temple dance to Michael’s iconic song Man In The Mirror, which was watched by over three million viewers nationwide.

Ash’s choreographic works include The Flood music video for Katie Melua/William Orbit, Royal Wedding Duet for So You Think You Can Dance BBC, and Margate Mārgām for Margate NOW Festival, part of Turner Prize 2019.

As an actor Ash has appeared in Will, a ten episode drama series directed by Shekhar Kapur, choreographed by Francesca Jaynes and produced by Craig Pearce, for Turner Network Television.

Ash’s current artistic practice is an integration of bharatanatyam, butoh and original poetry.

Kev ‘Renegade’ Gopie has a long history in Hip Hop. Starting as a 1st generation street dancer in 1982, he progressed to DJing in 1986. A specialist in providing music for various dance competitions, he has been a regular DJ at all of the biggest and most prestigious dance events across the globe including: UK BBoy Champs, IBE, Battle of the Year, R16 Korea, Freestyle Session, Juste Debout, Redbull BC One, EuroBattle, OutBreak and Silverback Open. He has had a major influence on the type, style and the way music is played at dance events around the world.

He is the founder, coach and mentor of national breaking champions, Soul Mavericks and Monsterz popping crew, both of whom are well recognised across the underground dance sphere. He was also involved with Ballet Boyz, choreographing part of their reinterpretation of Stravinsky’s Rite of Spring, which was shown on BBC television.

As the resident DJ for the UK BBoy Championships, he was featured annually in the Channel 4 coverage of the world tour. He also regularly attends events as judge, advisor and panel member. He was a Lecturer in Dance at UEL as part of their Urban Dance degree course. Previously, as one of Red Bull’s opinion leaders he was often consulted on issues that affect the scene and was a livestream commentator on one of their flagship events, the Red Bull BC One.

In 2018, he was featured as a head judge at the Youth Olympic Games, held in Buenos Aires, Argentina. He was co-developer of the judging system that was used, and will be used moving forward to the Paris Olympics in 2024.

Currently he is working alongside the WDSF training and certifying judges for events that will be qualifiers for Paris 2024.

Liza Vallance is Artistic Director of Studio 3 Arts. Her work is driven by the idea of democratising art; of challenging the cultural and social hierarchies that exist in the creative industries. Liza is an instigator, a storyteller and an activist; co-creating work with communities that helps us make sense of the world, asking questions and provoking discussion. Liza is proudly, and loudly, working class.

Liza trained at Queen Mary College, specialising in Forum Theatre and Performance Art. After graduating in 2000 Liza worked with Split Britches, Augusto Boal, Ali Campbell and Proteus Theatre, creating socially and politically-charged work that toured prisons, mental healthcare settings and community spaces. Liza was subsequently invited to join Studio 3 Arts to develop Big Deal, the organisation’s youth arts provision, in 2003. Liza quickly grew a portfolio of work with young people to include professional touring theatre; dance and choreography professional development; youth-led training for social workers and a youth-run music studio social enterprise, winning a number of awards and accolades along the way. Liza became Artistic Director in 2009 and since then has led Studio 3 Arts to become East London’s leading socially-engaged arts practice, bringing significant financial and cultural investment in to Barking and Dagenham, including leading the successful bid to ACE for £1.5m investment from their ‘Creative People and Places’ Programme. In 2016 Liza led the team that created the promenade adaptation of The Merchant of Venice with a cast of 9 professional actors and more than 100 local people which garnered a 4* review in The Sunday Times. In 2019 Liza successfully fundraised for £1.8m to transform Studio 3 Arts’ home into a world-class arts centre, which is due to open by the end of 2021.

Shelley Maxwell is a Movement Director and Choreographer working across film, musical theatre and stage plays. As a performer she has danced with Disney’s Lion King, Fela!, Tavaziva Dance Company and the National Dance Theatre Company of Jamaica. Shelley won the award for Best Choreographer at the inaugural British Black Theatre Awards in 2019 for her work on Equus. Her recent work on J’ouvert was showcased on BBC Arts Lights Up Season and in October Debbie Tucker Green’s Ear for Eye will also air on the BBC. She is currently working as the choreographer on the upcoming West End Musical Get Up Stand Up. 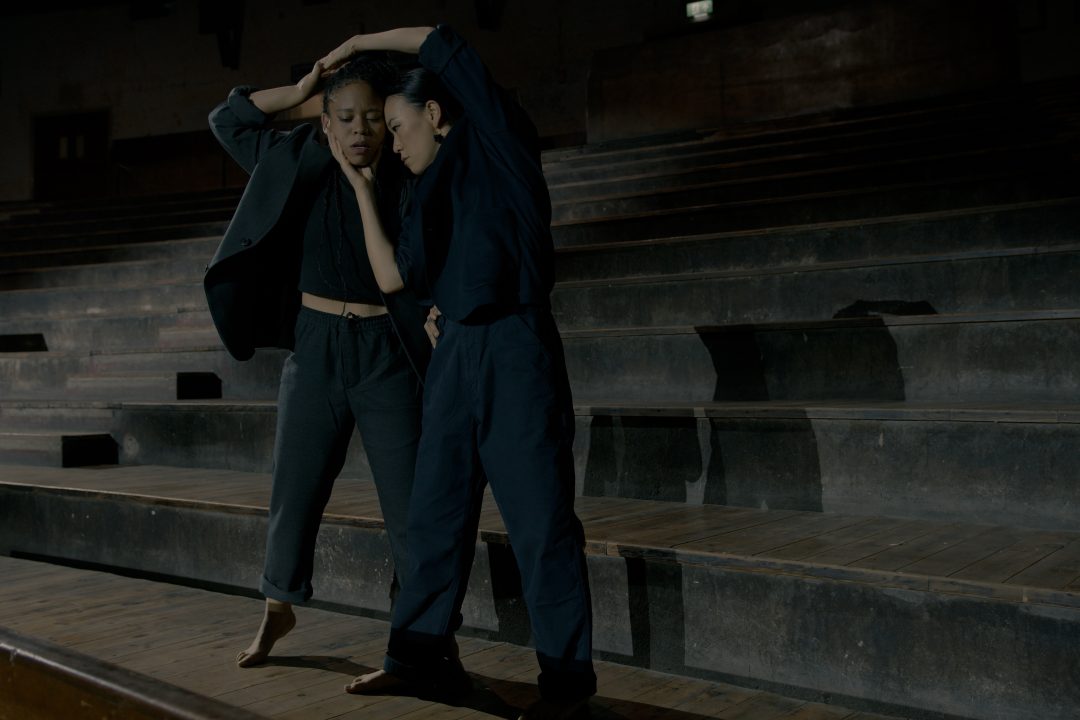