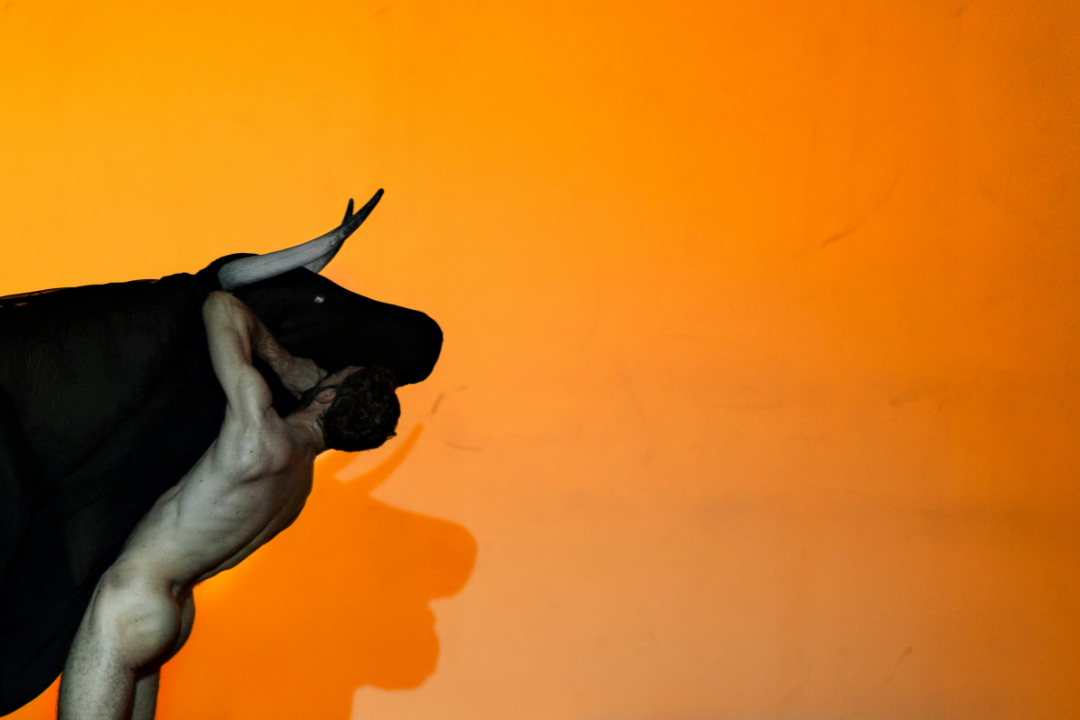 We are thrilled to finally share that Dimitris Papaioannou will return to Dance Umbrella for the third time this October following his sold-out debut in 2016 and 2018’s sold-out and Olivier-nominated production The Great Tamer.

Summoning an entirely distinctive universe once more for his latest work, Transverse Orientation is co-commissioned by Dance Umbrella and Sadler’s Wells and will be performed in–person at Sadler’s Wells from 21st – 23rd October.

“Like all of Papaioannou’s pieces, it’s a meticulously crafted, intensely visual experience.”

A true master of visual spectacle, the Greek artist explores existential themes, mining mythology and art history to conjure vivid and often humorous imagery. Taking inspiration from the natural behaviour of moths to seek light, Transverse Orientation follows the human compulsion to find meaning on the journey of life.

Originally scheduled to premiere at Onassis Stegi in Athens, due to the pandemic Transverse Orientation was first performed on 2 June 2021 at the Biennale de la Danse de Lyon in France and will tour to more than 30 cities.

Find out more about the production and how to book tickets