After seven years at the helm of Dance Umbrella, we asked Artistic Director & CEO Emma Gladstone about her proudest achievements, biggest lessons learned and the future of dance.

How do you think Dance Umbrella and the dance scene in London has changed since you first took charge in 2013? 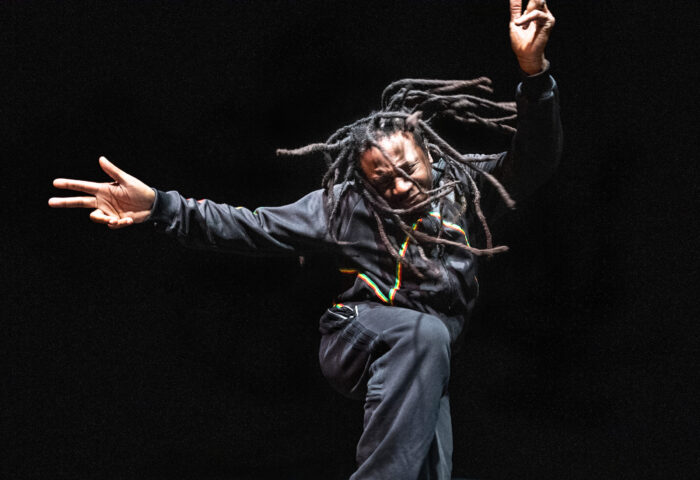 I find it hard to even think about answering this when it covers an era that was pre-pandemic. I feel lucky in some ways to have had the chance to direct the festival at a time when we did not even think about how far we sat from our neighbours in a theatre, or how closely we danced with one another. But generally, I would say there has been a broadening of styles, a growing appreciation of the power of participatory work, with a more active level of involvement from audiences.

When you look back on the shows you have programmed at DU, are there any recurring themes or ideas that you’ve found yourself drawn to (consciously or subconsciously)?

I have worked not to have any themes or threads. I don’t really believe in them. Each festival is already different from the one before, since the artists change, and their work is different, often in a new location, even if it is the same choreographer returning to DU. But I did my best to focus on the diversity of offer for audiences, including in terms of age, and sought to share works which had more subliminal power than conscious narrative – the kind of work that makes you travel without understanding why, that goes beyond logic.

You’re known for the unusual London locations where you’ve programmed dance, is there a particular location that stands out? 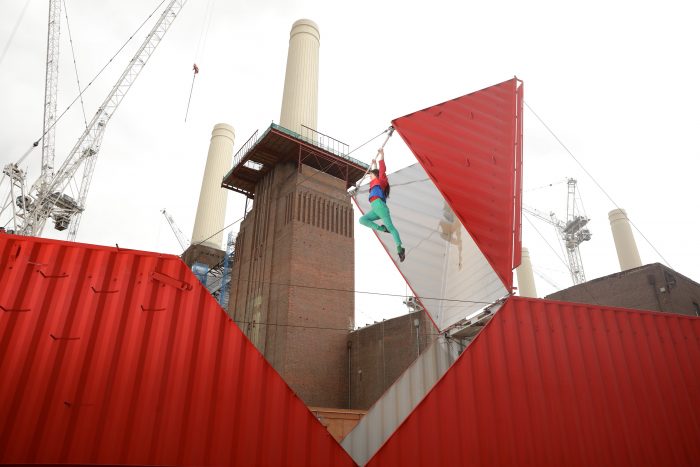 One of the things I love about London is how much the city changes, and so some of the locations I most remember are because when I pass them now, they are so altered from when we were there. Satchie Noro & Silvain Ohl’s work Origami (2017) in the shipping container at Battersea Power Station is one of those examples. The development has grown so much around there that it would not be possible to present it there now.

Otherwise, I think it is those places where we worked hard to find the right location and it paid off, such as Dimitris Papaioannou’s Primal Matter at the Truman Brewery in 2016. It took 18 months to find a warehouse big enough, one without columns, but it paid off as the work looked fantastic and the company loved it, as they said it was similar to where they had first premiered the show.

What is the most memorable interaction an audience has had with a DU show?

The Big Pink Vogue Ball by Jay Jay Revlon & Cai Revlon at Shoreditch Town Hall (2019) has got to be one of the most truly interactive events that we presented, with our guest curator Freddie Opoku-Addaie. The power of the evening was in the audience who were there and the people who chose to do their thing for us all to enjoy. It blurred the divide between performer and audience in a way that made the success of the night belong to everyone. 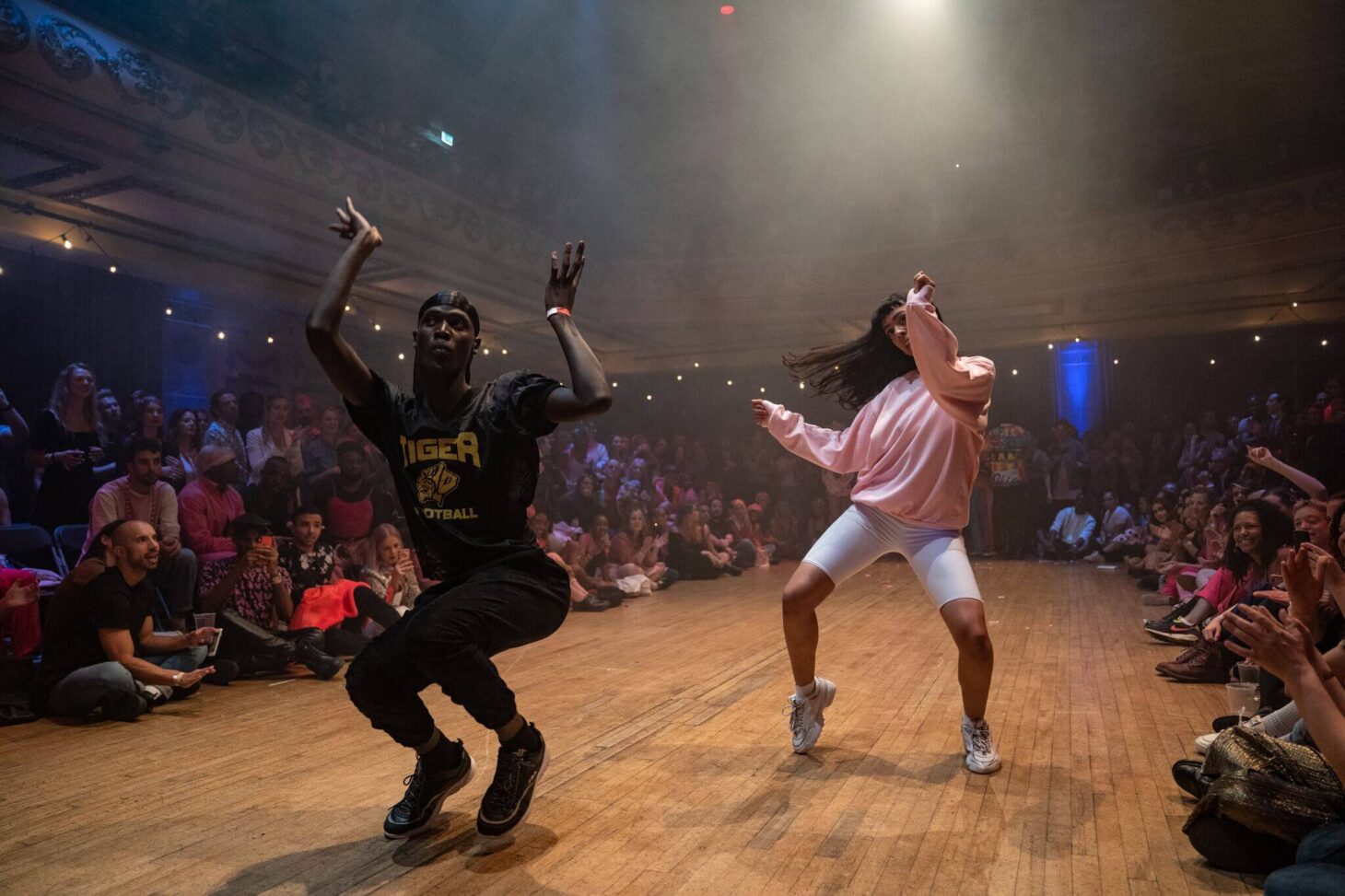 What are the biggest lessons you’ve learnt during your time at DU?

Be kind. Trust your gut. Believe in the artists. Trust the audience. Use your Board. And don’t drink any wine before doing a post-show talk.

What is your proudest achievement during your time at DU?

Introducing some truly fantastic artists onto a range of London stages has been both an honour and a joy, and something I am proud of having done. But securing a permanent member of staff to engage with local London communities runs a close second, as it has been so important for connecting with people who might not normally have the chance or the knowledge to engage with the arts.

DU19 The Urban Playground Team, To Fly Before We Fall. Photo: Andy Day

What’s next for you after DU?

I am concentrating now on professional development projects, working with a range of partners including a pan-european Residency programme and the BBC. After programming for 23 years, it feels good to make a change and let someone else have some fun (even if I am shouting at my computer a lot at present, no longer having any IT support).

What makes you hopeful for the future of dance?

The amazing people and their creativity, always. On stage, back stage, and in front of stage, so to speak. 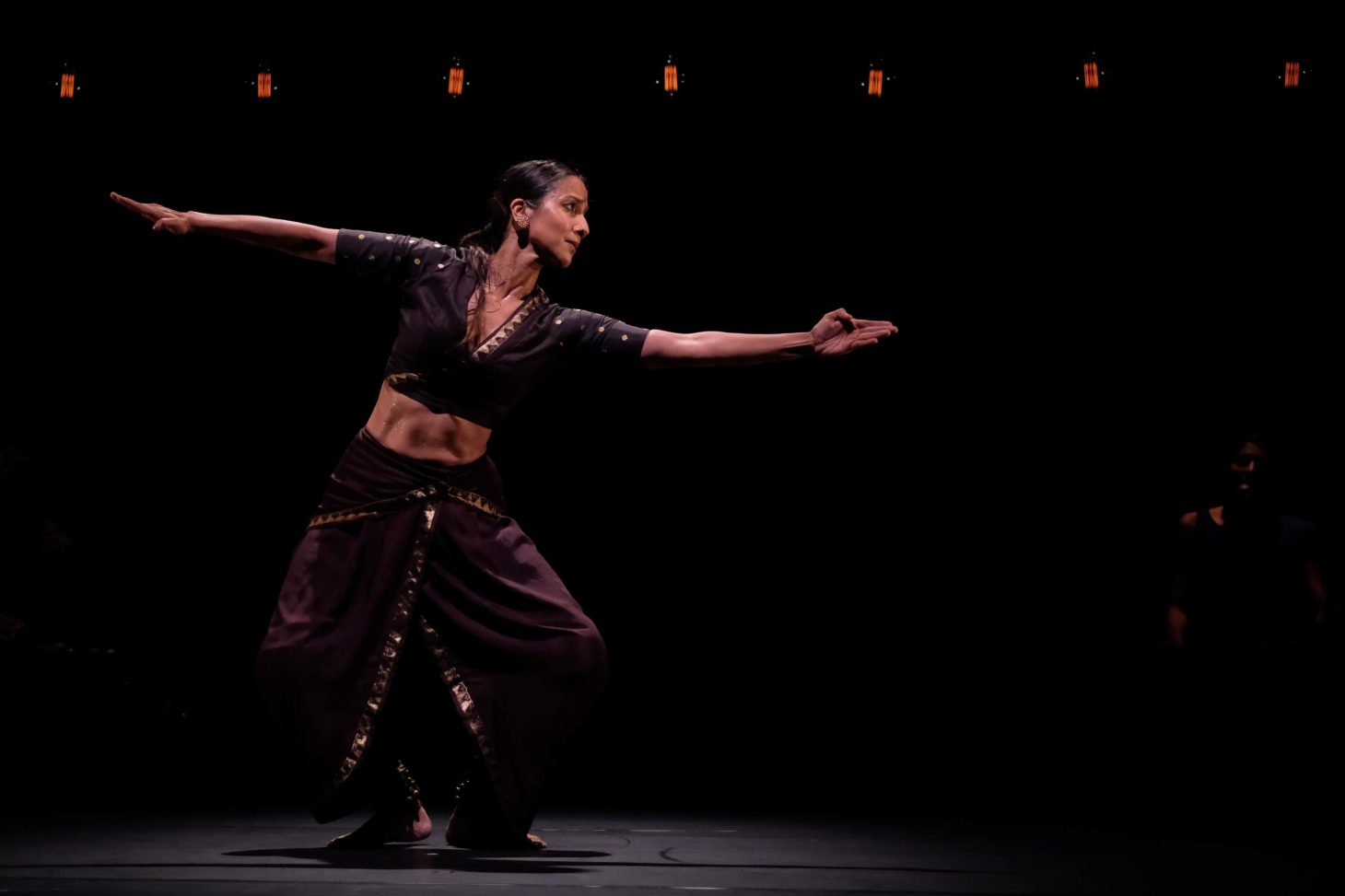 What is your best piece of advice for someone who wants to programme dance?

For now, after the year we have had, I would say invest in research time for artists, to help them come back together with less pressure and have some play time.

Describe your time at DU in three words. 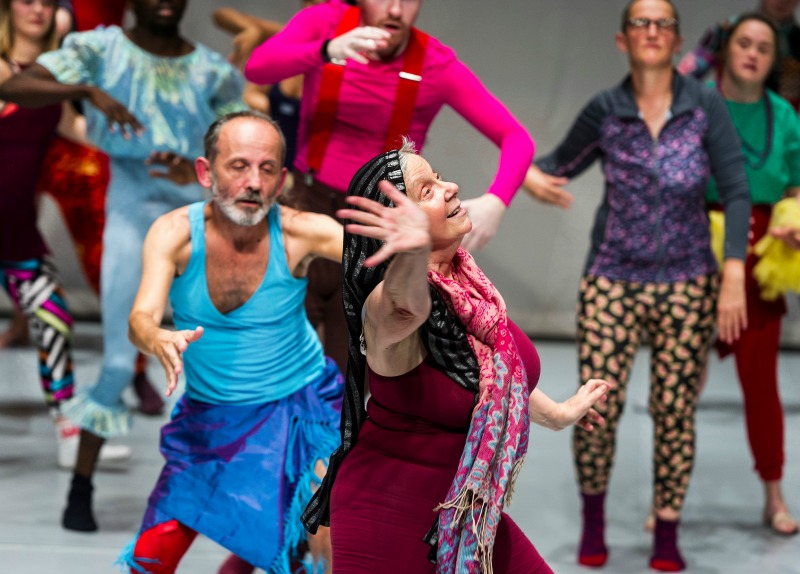 Browse the festival brochures from Emma’s time at Dance Umbrella